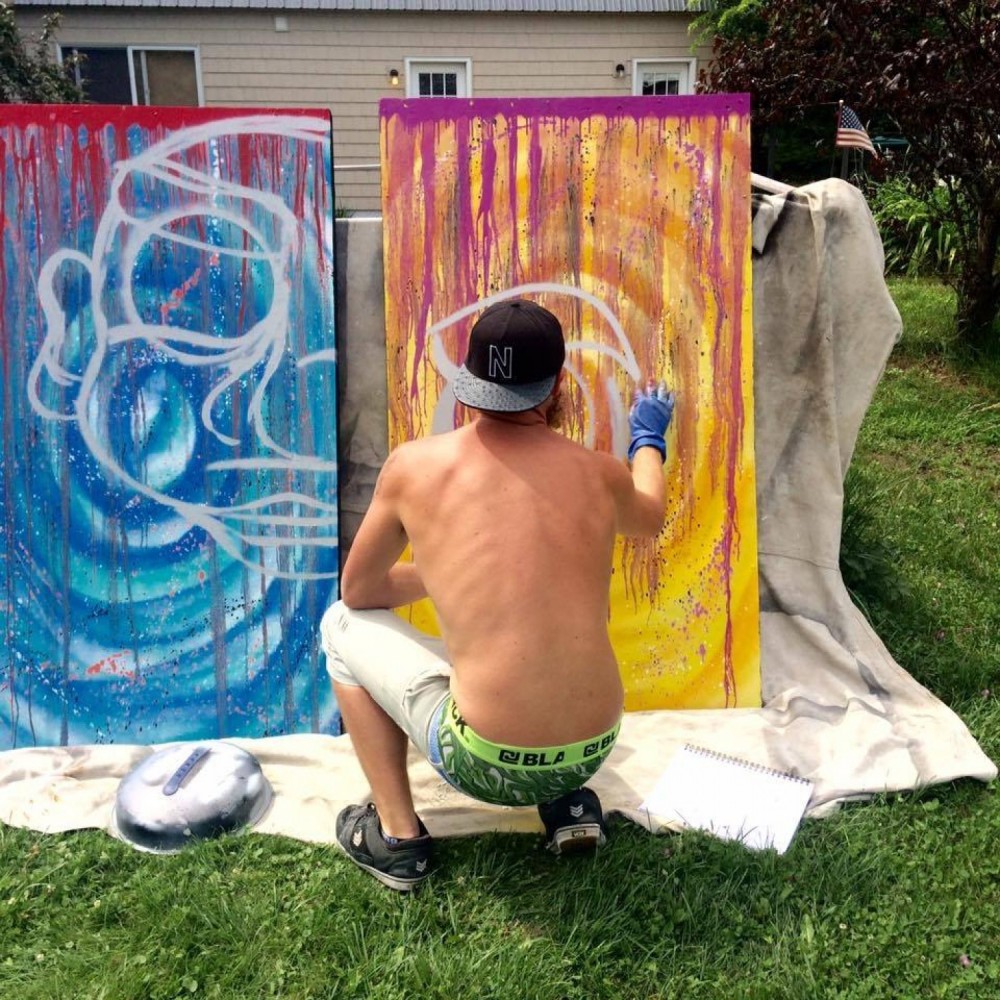 Dana Nastee (also known as AS3M) is a local business owner, professional painter, and alternative graffiti/character artist from Southern Maine. His work began on the streets over a decade ago where he secretly operated under the moniker AS3M (pronounced AYE-sem)- a 'semordnilap' for the word MESA. Inspired by the mesas to stand out and rise above, Nastee has spent the past decade developing a unique style of chromatic painting, technical linework, drip control, and his trademarked button eyes- a feature that drew inspiration from a fifth grade sewing project.